Snowman, the small studio behind award-winning iOS games Alto’s Adventure, Alto’s Odyssey, Skate City, and others, is spinning out a new company, Pok Pok, that will focus on educational children’s entertainment. Later this month, Pok Pok will debut its first title, Pok Pok Playroom, aimed at inspiring creative thinking through play for the preschool crowd.

The launch takes Snowman back to its roots as an app maker, not a games studio.

In fact, the company’s first iOS app, Checkmark, had been in the productivity space, offering location-based reminders to iPhone users. But Snowman later shifted to making games, tapping into the demand for mobile games with early launches like Circles and Super Squares. But it wasn’t until Alto’s Adventure came out that Snowman really kicked off its foray into gaming.

“We’ve never really considered Snowman to be a video game studio,” explains Snowman co-founder and Creative Director Ryan Cash. “A lot of people would assume that because it’s really all that we’re known for at the moment. It’s kind of our core business. But we like to think of ourselves more as like a team of tinkerers who like working on creative stuff. And for now, it happens to be video games, but you never know kind of what might be around the corner,” he says.

Snowman employees Mathijs Demaeght and Esther Huybreghts, now Pok Pok Design Director and Creative Director, respectively, had gone looking for an app to entertain their young son James when he was a toddler. They soon found that there weren’t many options that fit what they had been hoping to find.

When they later had their second son Jack, they decided to just built the app they wanted for themselves. After showing a rough prototype to Ryan, he saw the potential and told them to run with it.

Ryan’s sister, Melissa Cash, whose background was in developing products at Disney for babies and toddlers, had been helping with the Alto’s Odyssey launch at the time. When she saw what Esther and Mathijs were working on, she was impressed. 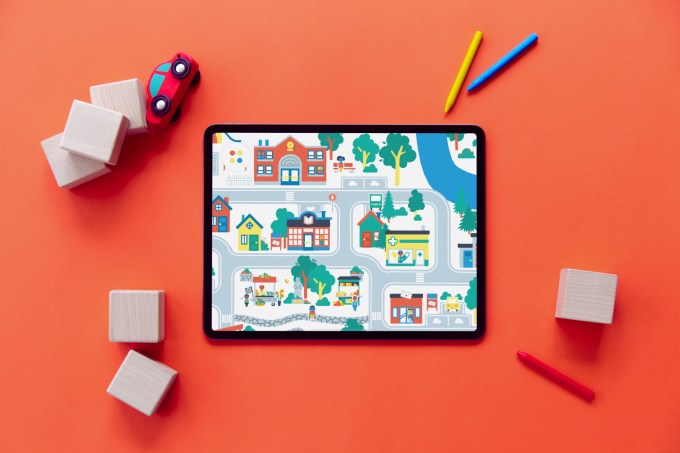 “I’ve worked in the kid space for five years, and I’ve never seen anything that’s even remotely like this. And then, I just knew this is what I wanted to work on for the next 20 years,” she says. Melissa became involved with the project and is now CEO of the Pok Pok spinout.

“We’ve been incubating the company within Snowman. We moved desks to a corner and we all work together as mentor, colleagues, and collaborate as a group,” Melissa notes. Ryan is still involved, as well. “Ryan is everything — our advisor, our helper — we haven’t even come up with a title for him,” she adds.

Today, the Pok Pok team is six full-time employees, but works with contractors and educators on its projects. Snowman, meanwhile, is over 20 people, mostly in Toronto. However, some Snowman employees spend 30% to 50% of their time on Pok Pok, Ryan says.

For the time being, Pok Pok is self-funded thanks to Snowman’s success on other fronts, which not only includes the Alto’s series, but also Apple Arcade’s Where Cards Fall and Skate City, both of which are now expanding to PC and console. The company is also working on DISTANT, a collaboration with Slingshot and Satchel.

Pok Pok Playroom, which is aimed at kids ages 2 to 6, will be the first title to go live from Pok Pok, arriving on May 20th. The app itself will initially contain six “digital toys,” so to speak, which encourage kids to creatively play. These toys also grow with the child as they age up.

For example, a stacking blocks toy could appeal to toddlers who just want to move the shapes around, but an older child might build a town with them. A drawing toy can encourage scribbles at younger ages or become a real canvas for art when the child is older. There’s also a calming toy called “musical blobs” that’s sort of like a lava lamp with differently-shaped that bounce around and respond to touches.

What’s different about Pok Pok, compared with games and “digital toys” from rivals like Toca Boca, for example, is that they’re designed to be more educational and realistic.

“We take a more educational approach, and we still plan to do that for future apps and for whatever Pok Pok Playroom will grow into after launch,” says Esther. “For example, we have no unicorns or no wizards in Pok Pok Playroom. Everything is grounded in reality. I think we want to explore with children what the world looks like and how it works. We have tons of ideas for taking a more education-based approach for all the children, as well, that isn’t necessarily the ABCs, 1,2,3’s pedagogical, so to speak.” 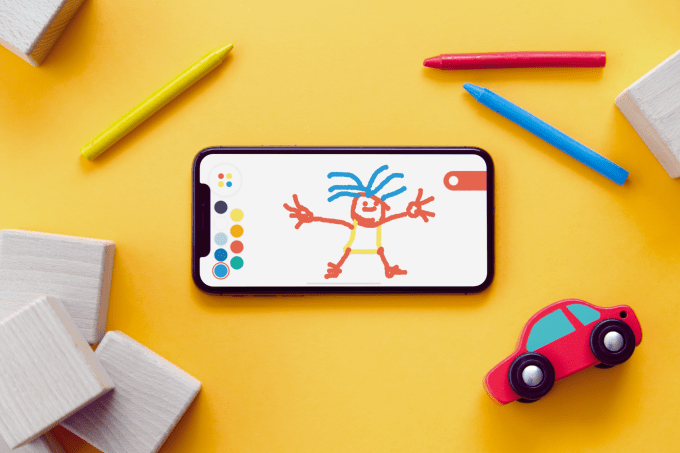 Pok Pok also won’t use talking animals or fantasy characters in order to avoid the subject of diversity. Instead, its apps will features all races, all genders, all family constructs, all different sorts of abilities and disabilities, as they’re built.

“I think it’s very important to us to have kids be able to recognize themselves, and family members and friends in the app,” says Esther. “It’s really important to our entire team that everyone feels respected in who they are and what their family looks like, and… I think that’s still really lacking in the kid space right now. We want to be the front-runner there,” she notes.

The new app will be priced on a subscription basis with more “digital toys” added over time.

Though Pok Pok will aim more at the preschool crowd, the company envisions a future where it designs creative projects for the next age group up and for other types of learning.

Pok Pok Playroom has been beta tested with around 250 families ahead of its launch.

What it can take to realize inexpensive carbon removing

How YouTube’s guidelines are used to silence human rights activists

How astronauts cope with the boring components of being in area

There Is No Hyperlink Between Epidurals And Autism, Research of Over...

With Trilo, retailers can supply rewards to clients who select bank-to-bank...

How shut is AI to decoding our feelings?